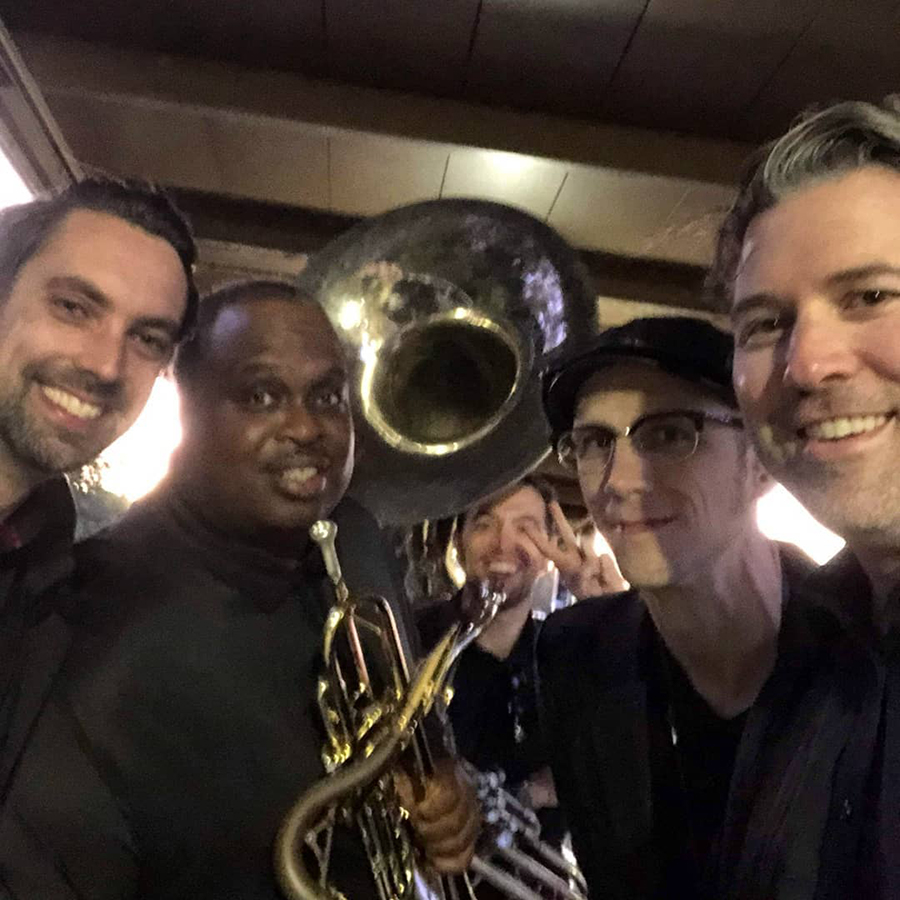 Halfbrass is Nashville’s own funky brass band! Born under the influence of classic New Orleans tradition, Halfbrass mixes traditional brass band music with funk, jazz, and rock. In its first year, Halfbrass was named a “Top 5 Local Band” by The Nashville Rage.

Since their debut in 2002, Halfbrass has continued to deliver their sound to audiences across the country. The band is a hit at events such as weddings, parties, corporate functions, and even backyard crawfish boils. They have performed for groups including The Food Network, The Nashville Roller Girls, Tomato Art Fest, ASCAP, Berklee College of Music, and Vanderbilt University.

Halfbrass has recorded and played with national & local artists including Big Bad Voodoo Daddy, Charlie Peacock, Bekka Bramlett, Old Union, and many others.

When you’re ready to party, Halfbrass is there. “Laissez les bon temps rouler!”